Kimmy Gibbler’s back, ya’ll!  Kimmy Gibbler REPRESENT!  She and DJ are chillin’ in the basement when… wait a minute, they remodeled the basement 2 episodes ago so Joey could live there!  Now it’s the old basement again? 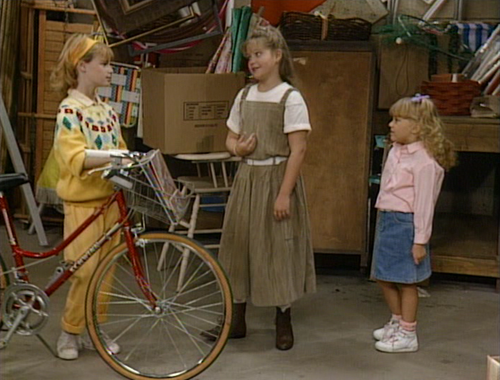 I guess that writers who can’t write funny jokes can’t be counted on for continuity, either.  Anyway, Kimmy and DJ are being harassed by Stephanie when a weird noise scares them all.  What could it be?

Meanwhile, Joey is in the kitchen doing a racist impression of a Japanese chef.  He tells Michelle that she’s gonna “ruvva” what he’s cooking when Jesse comes in talking about his latest piece of ass.  The whole family convenes for dinner and Stephanie’s concerns about the monster noises are universally ignored.  Danny tells the family that they’re gonna be filmed for a promotional spot on tv while you can see the boom mike at the top of the screen.  Maybe it’s some sort of meta-gag?

At night DJ and Stephanie are woken up by the scary monster sound and they get all freaked out.

The next day the Uncles are styling Michelles hair when they hear the monster sound for themselves.  The monster sounds like a dying eagle but Jesse inexplicably concludes that it’s a ferret. 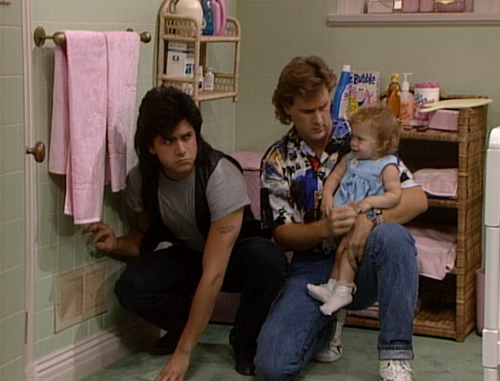 He goes to the basement to kill it while the tv crew arrives.  The girls talk to the woman who’s going to be filming them while Joey tries to thwart Jesse’s attempts to kill the ferret in the basement.  Joey traps Jesse in the crawlspace and we get two more views of the boom mike before the interviewer lady comes down and is appalled by Danny’s ridiculous family.

Danny comes home to discover that the interview lady has made drastic changes to the family for the tv spot.  They have a dog named Da Vinci, the girls are 19th century maidens, Jesse’s a British Butler and Michelle is Chinese.  Danny promptly fires the lady and decides to direct it himself, which makes for probably the most short-lived conflict on the show so far.

The family all gathers together to watch the tv spot as it airs. 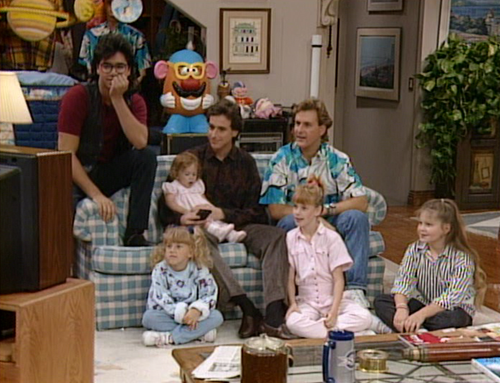 Believe it or not, it’s grating and self-indulgent. 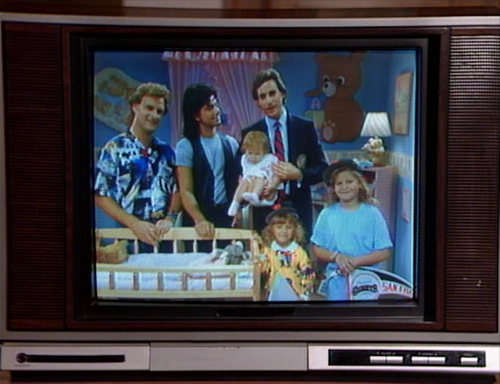 Afterwards the family heads into the kitchen to have ice cream and Jesse catches the ferret.  He agrees to set the ferret free, thus tying this episodes deftly woven plot threads into a neat little bow.  There aren’t even wild ferrets in San Francisco. 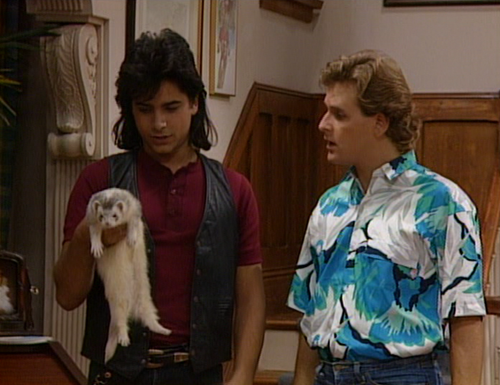